After traveling to North Korea and receiving the various reactions from people before and after I returned, I thought about writing a blog that would answer the most common questions and curiosities. For anyone that wants to go to North Korea, drop me a line since I can now hook you up with a tour and a tourist visa 🙂

If you’d like to visit North Korea, please send me a message or reply to this post with a comment. I am excited to be working directly with the North Korean tourism agency, booking private tours of groups of 2 up to 10. I think its fun to be promoting a bit of exposure both to those who want to visit the misunderstood DPRK, and for the local Koreans to have the chance to meet more of the outside world.

The image of current leader Kimg Jong Un won’t be seen until after he passes away… but his father and grandfather, previous leaders and the liberator of North Korea, are present absolutely everywhere. In every village, on every highway, and behind every square, one can find their larger-than-life portraits and people regularly bowing down to them to pay their respects. Even I was forced to do it twice. 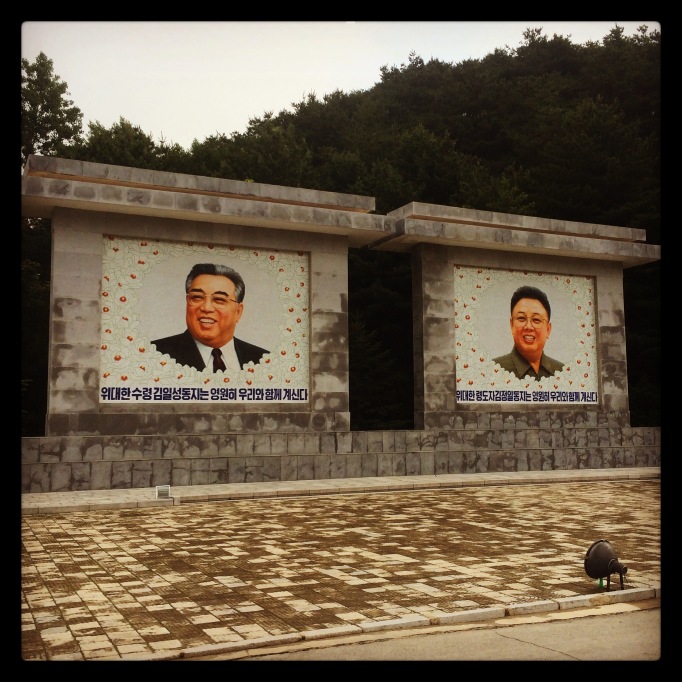