In Goa last year, during our yoga teacher training, Rbberta and I realized we had the same birthday. The only difference was a few years (it was her 60th), but us pisces were drawn to the coast of Northern Ireland to celebrate together. 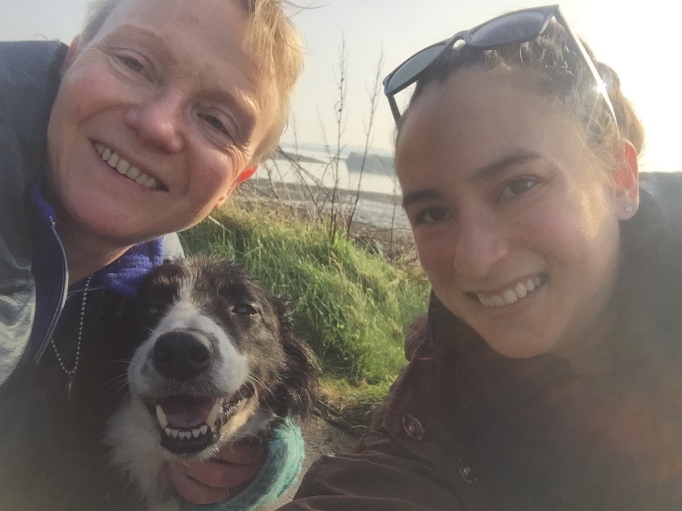 Roberta and I with Nell

I stayed with Roberta and her husband Brian, and their dog Nell, in Bangor by the sea. Brian had two motorcycles and offered to take me on a roadtrip to the Mourne Mountains and Portaferry and Strangford, where we were hot on the trail of the Games of Thrones doors. 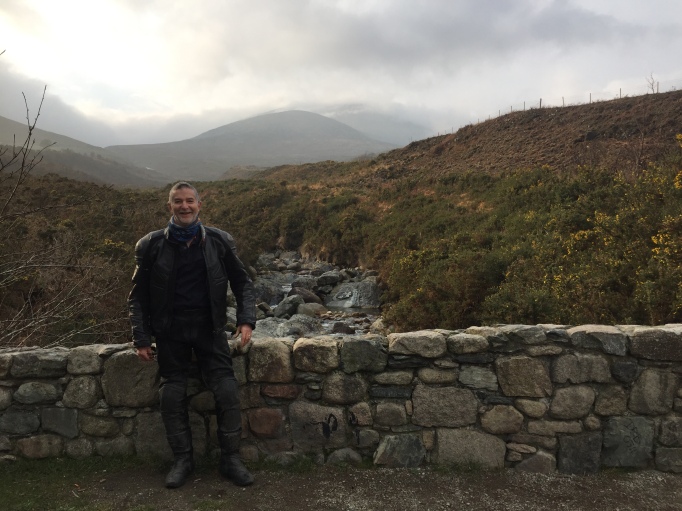 Robertas daughter joined us for a night out to Portrush for our birthday dinner, where we dined on mostly meats, strangely enough, at the Neptune and Prawn. We walked it off on the strands near by, at Port Stuart and East Strand, and visited the nearby Dunluce Castle. 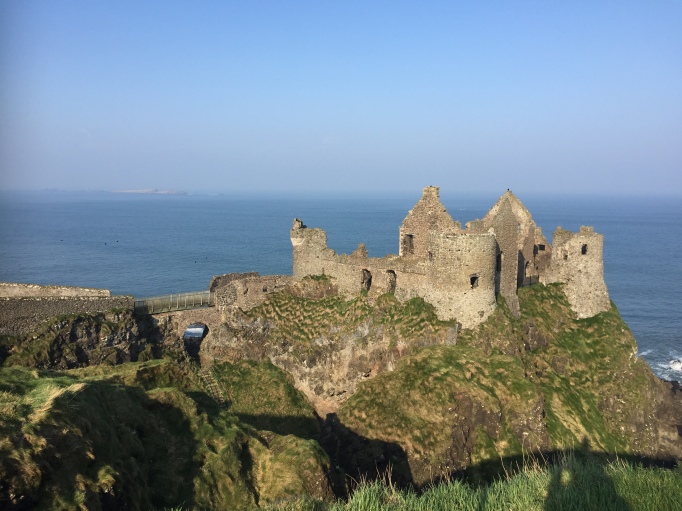 The major highlight, as a good tourist, was the Giants Causeway, where we walked over perfectly formed Basalt columns and admired the giant’s organ. The sun was shining and Northern Ireland couldn’t have been more green, and not to mention warm – it was over 15°c in February! 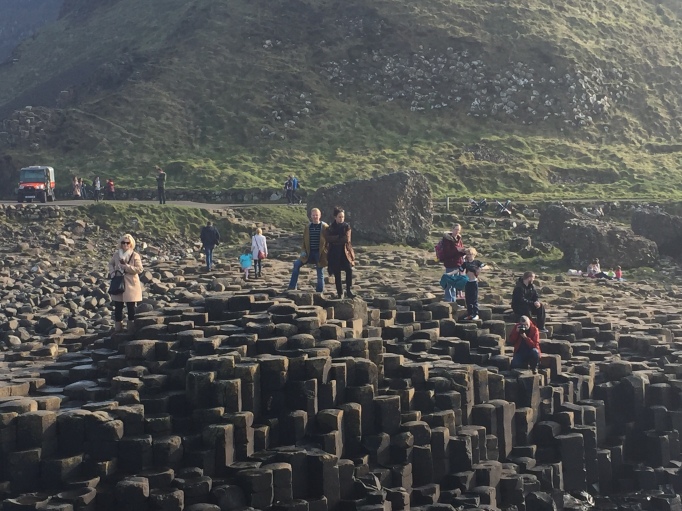 Of course we had to do some yoga together, attending Michael´s and Tom´s classes. We visited Roberta´s second home, the Aurora Rec center where she goes every morning before the crack of dawn to keep her 7% body fat figure… she´s healthier than I´ve ever been and looks younger than me from behind! We swam laps and I played on the slides, trying not to lose my top. 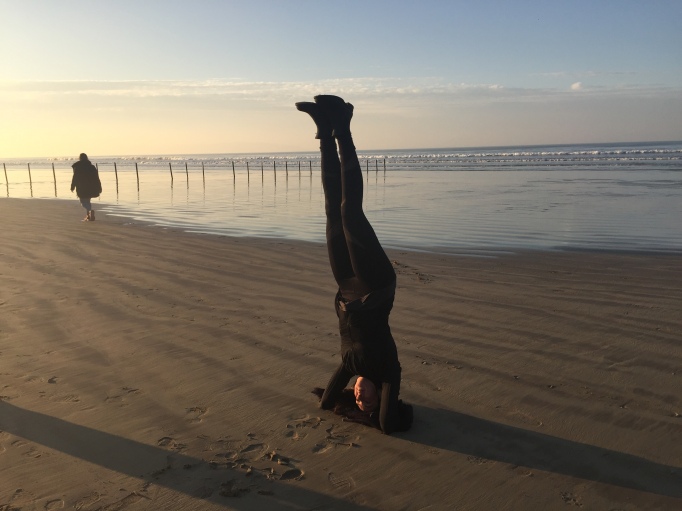 We had many, many birthday cakes, extending the celebration a day longer every time we could make some fun out of it. We had Nepalese food at a restaurant that put up banners and candles for us, and treated us to an entire cake and bottle of Prosecco. I had a slice of cheesecake every day, sometimes twice, and chocolate whenever I could, because I felt I deserved it as an older woman. 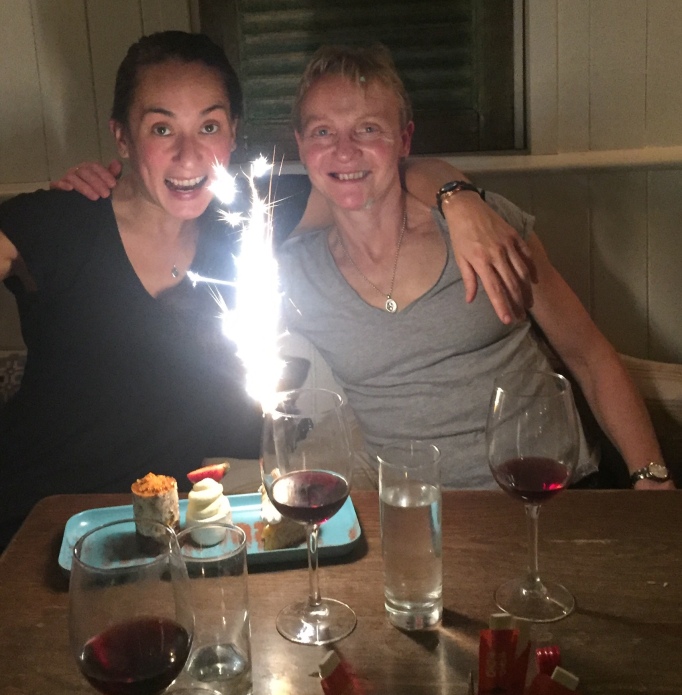 happy birthday to us!

The trip was a great success, and I even managed to keep up with my marathon training, believe it or not. We walked Nell, Roberta´s dog whenever we could, and even in the fog and rain, Bangor by the sea was more pleasant to visit in February than I could have imagined. 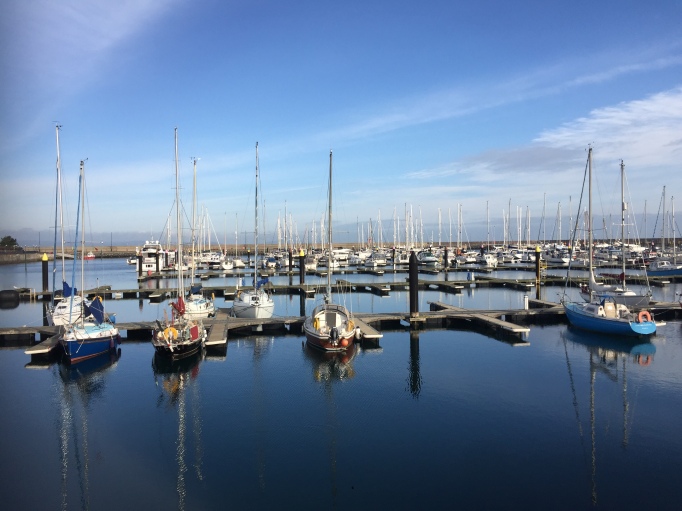 the harbour in Bangor

2 thoughts on “Two Birthdays in Ireland”