My new found home on wheels has offered so many opportunities for travel, and because of tour guiding work, I haven’t been outside of Iceland since before May, so roadtrips in Iceland where the greatest way to play. My 2-seater car, with a mattress, fridge and sink, has been fully kitted for an impromptu roadtrip thru Iceland at any moment; two friends have been lucky enough to become the plumber car’s first guests.

my home on wheels, under Hekla

I met a couchsurf host in Geneva who was on his way to Iceland for a few days, so we decided to test the home on wheels together for the first time. We drove the golden circle, had pizza and beer at Skjól, and hottubed til the wee hours of the morning at Hrunalaug, which hadn´t yet run dry. We met two Romanian workers from the Geysir shop who offered endless entertainment, and a yoga photographer from LA who I´ll probably see again in the future for a yoga workshop in Iceland. That night we slept near Fluðir on the banks of Thjorsá river, and carried on the following day on a hunt for more hot pools.

We visited a pool that I´ve still never quite figured out why it got deserted, but it´s just there, all alone, rundown, perfectly swimmable. We went to Hjalpárfoss, which I hadn´t realized I´d never been to until I was there, looking at something I´d never seen. We drove south, under Eyjafjallajökull and Mýrdalsjökull until we reached Seljlanads country, and thought we´d be sneaky and sleep close to the sea on a dead end farmer´s hay field road a couple of km´s west of the infamous US Navy DC plane crash at Solheimasandur. On our midnight walk west, we realized there were a few too many unbridged rivers to make it. He´ll have to come back to see it net time. 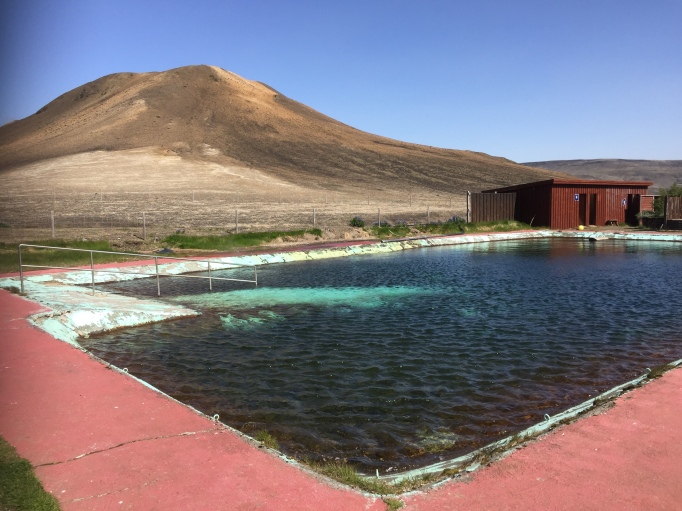 I made a friend in Thailand last November with a handful of Americans on a Travr trip, and she was coming from LA for a week long vacation to a place she´d never been, or even considered going, so I planned a full circumnavigation of the island for her… and my car. We left Reykjavik headed for the north over Kjolur, and spent our first night in Blondudalur. We arrived quite late, after a midnight dip in the Hveravellir hottub, so my pregnant friend Kristine was already sleep. When we woke up, she was gone, and her man, and it took some time to realize that they had left for Akureyri hospital, since she had gone into labour.

super preggers Kristine in between conractions, with permission to leave the hospital for a little photo shoot and virgin mojito action

We carried on to Husavik, where we visited Geosea until closing, and camped, illegally, in their parking lot, after having one too many beers at the swim-up bar. They woke us up in the morning with a knock on the car door, politely asking us not to “camp” in the parking lot.

Lauren and I at Geosea

The next night we went to Egilsstadir, my former summer stomping ground, where Nielsen Restaurant has been making waves. Run by a friend, the former head chef Kari of Michelin-starred Dill, it was a treat to eat so well, for so little, in a quiet, countryside town. 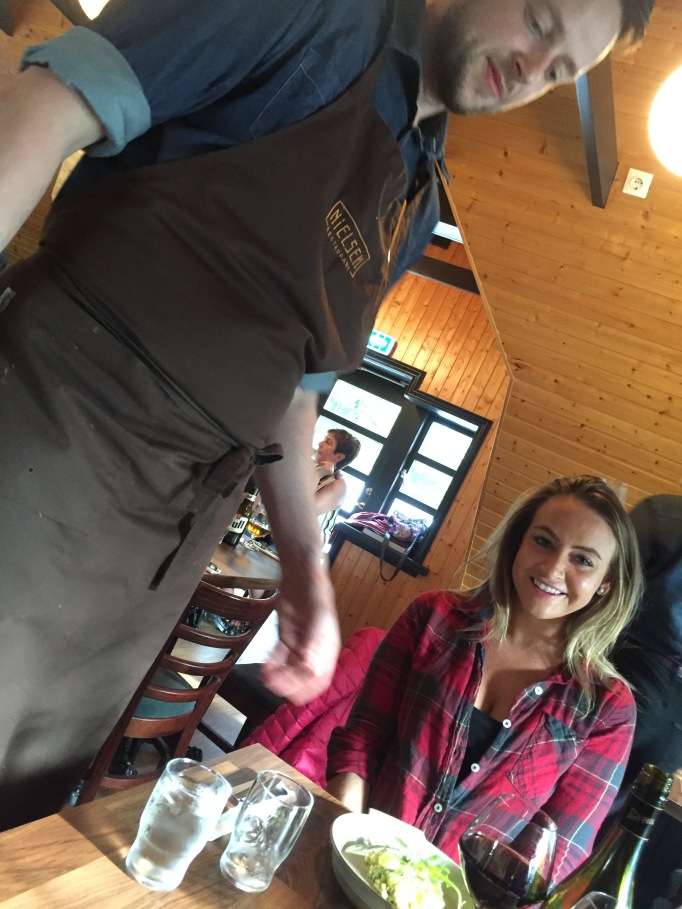 We drove to the bottom of Fljotsdalur to Egilsstadir farm, the last inhabited farm in the valley headed southwest to Snaefell and the foothills of Vatnajokull glacier, to stay at the Wilderness Center. My former boss and friend Denni runs a museum, guest house and viking sauna there, surrounded by horses and reindeer. We ended up, fireside, sharing stories and grass, before falling asleep in the back of the campervan, a place that had started to feel more and more like home.

at the end of the world, Obyggdasetur Islands, aka the Wilderness Center in East Iceland

The next morning we had intended on sleeping in Vik, but one of the first and worst rainfalls of the summer had started coming down like hell on earth, so we just kept driving to Reykjavik and crawled into my warm, dry bed in Reykjavik, feeling slightly as if we had cheated on the plumber car. Its hard to say, but I´m sure my apartment was happy to finally have some cuddles too.