Today was the first day the nights are longer than the days. We had no summer in June or July, and finally it arrived in autumn. The first snow dusting the tops of Esja mountain Reykjavik fell last night, a month later than last year. But its still in the teens, and the sun has been shining more hours today than all 30 days in June.

The sheep gathering has begun in most corners of the country. The north began rounding up the first week of September, but riding in a tshirt and getting sheep to waddle home one hundred kilometers in a wooly bunch is unusual. Wearing sunblock on a ride in the highlands when you know there’ll be frost at night seemed unconventional, but totally necessary.

The northern lights, however, arrived much earlier than normal. This was the soonest I’ve seen them, August 15th, and again the 17th and 21st. The entire sky turned flickering shades of green on September 3rd, much to the delight of 29 Swiss tourists I woke up to see them. 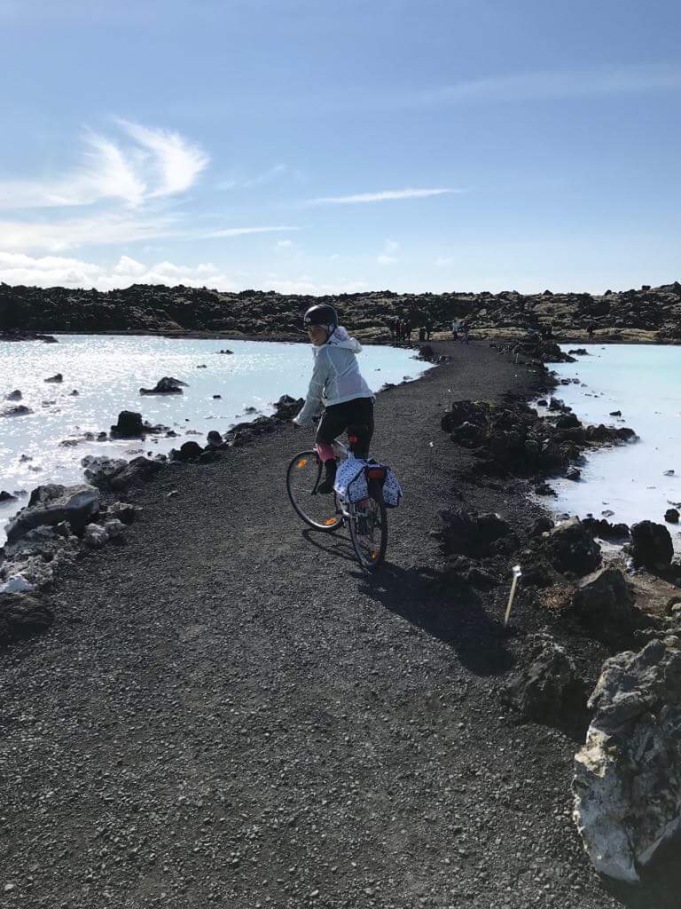 biking by the Blue Lagoon on an extra sunny day

Biking around Reykjavik has been glorious, now that there’s finally good weather. Though its strange to remember that nightfall has crept up on us, and biking home at 9pm without headlights makes me feel uneasy, especially knowing that next week it will be dark by 8pm. It’s a shame that Nautholsvik, the local man-made beach with a hot tub and steam room, is open every day and free only during the summer season, which they’ve decided ends August 15th. That was probably the first day of summer, but now its only open 4 times a week and costs 650kr to use. 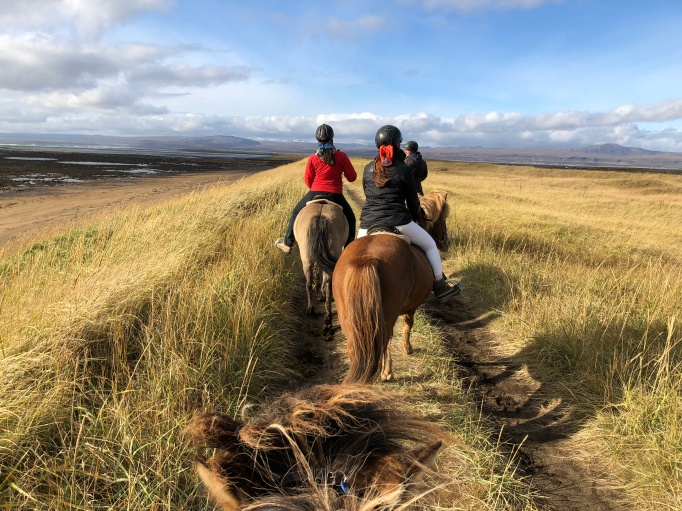 Winter is not coming, since its finally summer in September. Autmn has yet to arrive, with the grass still green and the trees still full of luscious leaves. I hope autumn comes in winter, and winter gets skipped right to spring. But that’s pretty wishful thinking in a country that typically has 2 seasons – winter, and not winter.

With September comes autumn, and a whole lot of sheep. This year I was rounding up in the north of Iceland, Melrakkasletta, and the east, Fljotsdalsheidi. Alltogether we found probably 6 thousand sheep.

trying to round up these sheep before nightfall

bringing the sheep into the coral for sorting