There´s a new restaurant in town, and its officially opened as of today. Its in downtown Reykjavik, in the middle of everything 101, on Laugavegur 28, where the old Bunk Bar and hostel was. The entire interior has been torn apart and redone, designed by non other than Halfdán Petersen, the designer of the oh-so-popular Kex hostel and Iceland´s first Michelin star restaurant Dill. A selection of plates and pots are individually hand made by potter and ceramic artist Hanna Gréta in Hafnafjörður, such that no two are stained the same way or have the same pattern. 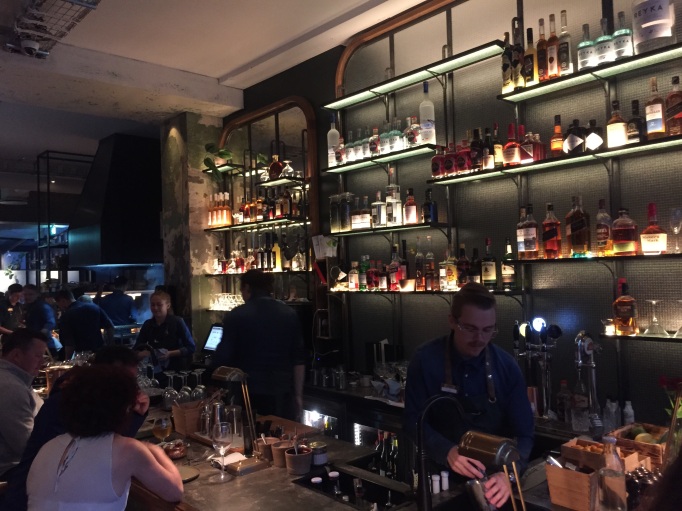 The owner and master mind behind the concept and menu is Þráinn Freyr Vigfússon, arguably Iceland´s best chef (okay, I´m a little biased), and has competed, placed, and won in enough cooking competitions and shows around the world that he´s definitely one of the world´s top chefs. The head chef is his friend and prized chef Hafsteinn Ólafsson, and a few other industry-recognized names fill the bar and wait staff. Me, myself, and I, are the hostess and rose and tree keeper. 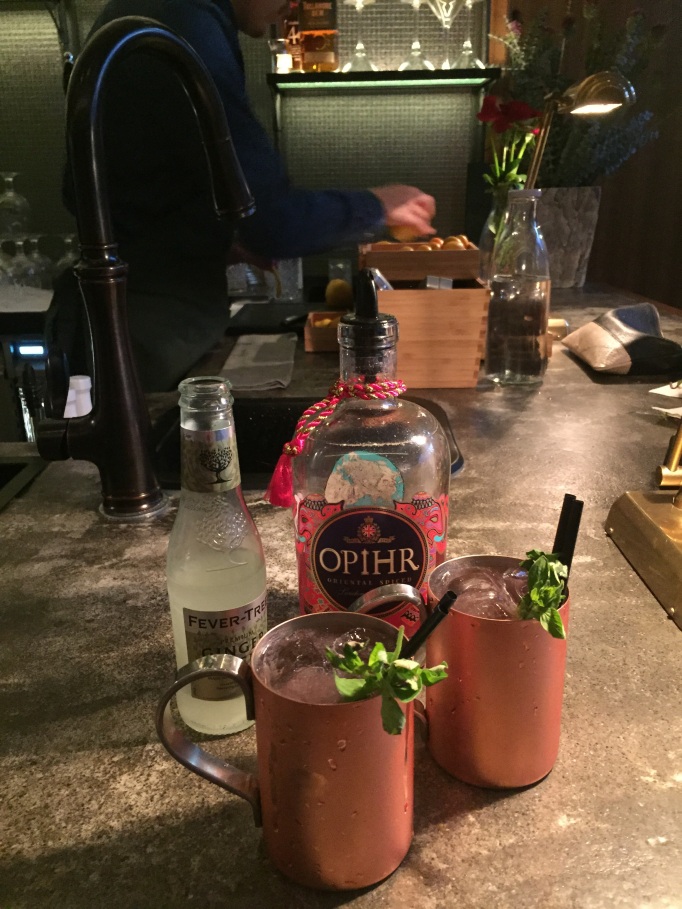 sumac infused gin and ginger beer in a copper cup

The menu is inspired by Moroccan and Lebanese cuisine, using influences, flavours and spices from the Mediterranean coast and middle east – not only in the food, but also in cocktails and deserts. Sumac, popularly used in Turkish cuisine, is a deep red, sun-dried berry, giving a little spicy kick and citrus hint to their signature cocktail, Sumac, and their made-from-scratch yogurt ice cream which tastes like roses. 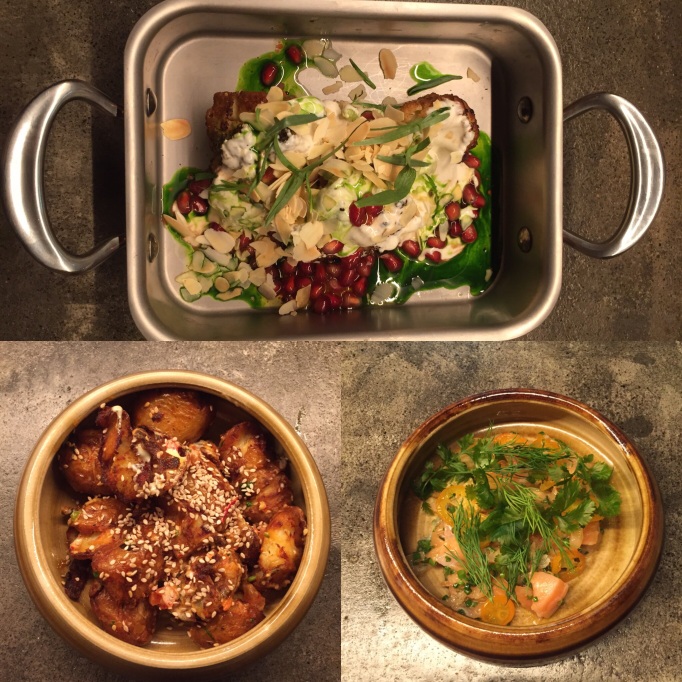 cauliflower, baby potatoes and salmon in their various clay plates and steel pans

The best sellers (so far) are definitely the grilled cauliflower head and za´atar flat bread with hummus and almond red pepper dip. The can´t miss items include the Berber chicken liver mousse, grilled octopus legs, and 100% vegan pistachio ice cream with chick-pea meringue. My personal favourites are the kumquat salmon drizzled with fennel froth, the crispy baby potatoes with Icelandic chorizo sausage, the pork belly tagine (actually cooked and served in a Moroccan clay tagine pot), and the Hilo cocktail, topped off with an organic Icelandic red-rose petal. 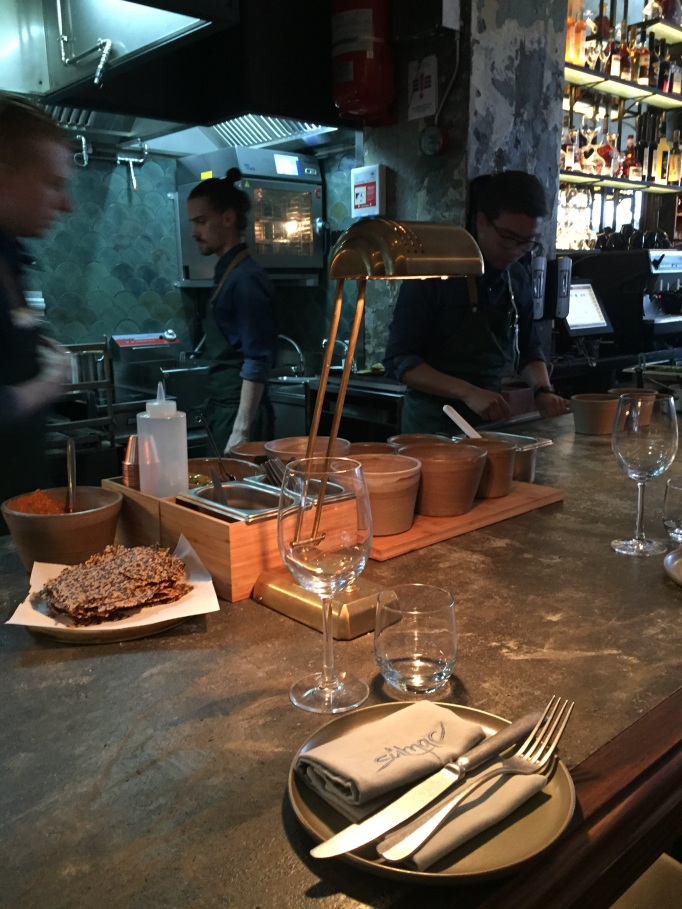 Find Sumac on facebook, follow them on instagram @sumacgrilldrinks, or feel free to leave their first review on trip advisor. The official website (including the menu and wine list) can be found at Sumac.is, where you can make a dinner reservation. Otherwise just give us a call, +354 537 9900! I may even answer the phone personally 😉