Before Tanzania became Tanzania, there was the African continent part called Tanganyika (named like the lake), and Zanzibar Archipelago (including Pemba and Mafia), but after a short independence from colonization, they combined to form Tanzania in the early 1960’s. Zanzibar island itself is called Unguja, since local people refer to Pemba, Unguja and a few other nearby smaller islands together as Zanzibar. Mafia Island is associated with the Pwani region, further south along the Indian Ocean coast, and just the name alone created enough mystere to justify a visit. 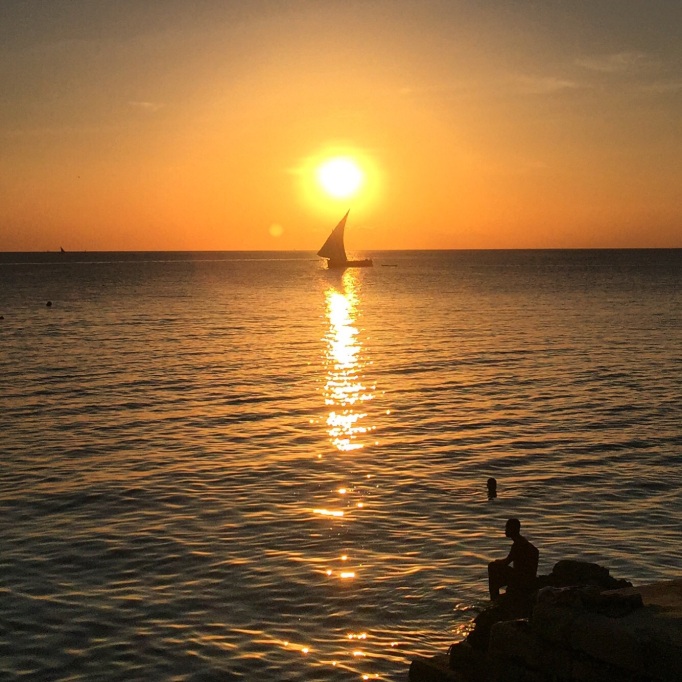 Sunset from the west coast of Zanzibar

Zanzibar was the cheapest, easiest and most convenient to get to, although we pay about 10 times the price to ride the same boat locals take for the 2-5 hour sailing (depending on the boat and time of day you go). Our first days were spent on the east coast, at Mustafas near Bwejuu, and Demani Lodge near Jambiani, and a short visit to Stone Town on the west port side. Then we made it north to Kendwa and Nungwi, where we were surprised to find a lot of Masai warriors on the beach. They spoke Italian, Spanish, English, German and Dutch, depending on which lady they were speaking to, and somehow managed to succeed in selling what some so affectionately call a BCH (‘black cock holiday´). 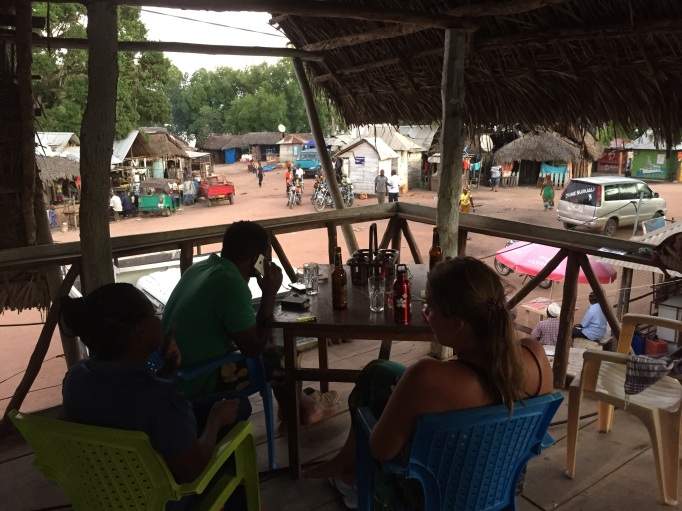 Traveling with Olli, at our porch camp at Nyamisati

We had a normal beach holiday, splashing around in crystal blue waters, and managed to ward off the Masai´s at a couple beach parties. We went back to Stone Town to meet London guy and his friends, and wandered thru the old town´s maze of Arabian-influence architecture and once-upon-a-time thriving madina. The wooden doors always caught my eye, and the Indian food we ate was quite possibly the best Indian food I´ve ever tasted.

Turning ruins into atmosphere – the garden at Emerson Spice Hotel

Pemba was worlds apart from Zanzibar, a more conservative, Islamic island years away from Zanzibar. It was quiet, rustic, rural and wild, and we explored the island by foot with the chief’s son as our guide. He took us only because he wanted to practice his English, but I’m sure we were more rewarded by the experience. We stayed near Mkoani port, sleeping in our hammocks at LaLa Lodge, where the absent owner was actually visiting for the first time in 6 years. He seemed completely disinterested in making any money out of the business, as he spent his time there helping with construction and didn’t bother charging us for our drink tab. We probably could have stayed for free too, but it seemed reasonable to pay $10 to access his private bedroom and use the toilet and hot shower. 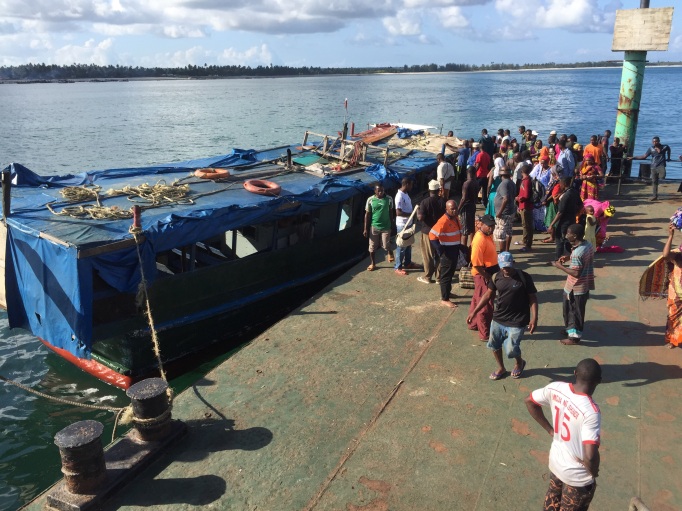 I´ve never seen a loaded refugee boat in person, but I felt like I´ve boarded one after our visit to Mafia Island. A wooden boat with a dingy motor, big enough to maybe fit 50 people, crammed nearly 150 with all their cargo, luggage, babies, live chickens and dead fish, and headed out for open sea from Nyamisati at 3 am to arrive in Mafia more than 5 hours later. I sat on a narrow bench, a woman under the bench and her head by my feet, with my head on a corrugated steel panel half-awake for the journey, and my sleeping half thought ‘well, if it sinks, I know I can swim.´

Snorkeling with whale sharks in Mafia

After arriving dry and whole, Mafia Island was well worth it. The deep-sea port was nearly a kilometer long, so disembarking was a lot easier than wading thru the mud in Nyamisati. We rented an entire house for maybe 40 euros a night, right off the beach, and got picked up by fishermen to swim with whale sharks. We didn’t time the tides right so had to wade out a kilometer to get into the boat, but that was also totally worth it after snorkeling just inches away from juvenile whale sharks. I can’t even imagine the intimidation from a full-size one.

Getting to the beach thru the mangrove channels at low tide

We visited the Rufiji Mafia Marine Reserve at Utende and tried our luck at climbing coconut trees. Olli could do it without breaking a sweat, and we had a few fresh coconuts to drink. We slept in our hammocks at some hotel that sketchy Hassan runs and drank a bottle of sparkling South African wine next door that took 3 hours to arrive from the time we ordered it. It gave us enough time to plan the rest of our Tanzania trip and do some yoga, so we couldn’t complain, and since then yoga has become of nearly every day. After returning to Dar and before heading to Malawi, we actually found a place to buy yoga mats (or something like it), and bought one each. It wasn’t til the next day in Mbeya that I opened it and realized there was a picture of Mecca on it, and I had accidentally bough a prayer mat. Ooops.